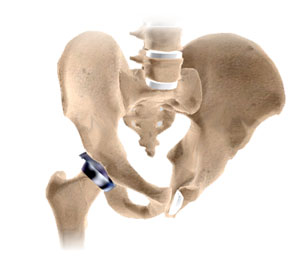 Hip Resurfacing is an interesting alternative for young, and very active male patients. Instead of removing the femoral head, the proximal femur is preserved and resurfaced with a metal implant.

If later revisions are necessary often on the femoral side a standard un-cemented component can be implanted. Because the femoral anatomy is not altered a significant higher proportion of patients is physically able to run and perform high impact sports. In addition because the size of the femoral head remains unchanged the risk for dislocation is significantly reduced. This is especially appealing for rock climber and patients engaging in mixed martial arts.

The following x-ray images show a 46 year old level 4.5 tennis player prior to total hip resurfacing and after the procedure. The patient returned to competitive single tennis in a league after undergoing hip resurfacing with Dr. Boettner.

Because the surgery allows us to restore leg length and a normal configuration of the proximal femur, patients usually regain and improve their range of motion.

The following images show a patient with a very stiff hip prior to hip resurfacing. Because during the procedure Dr. Boettner was able to recreate the head-neck-offset on the femoral side the patient regained normal motion after the procedure.

The following animation will show you how a Hip Resurfacing is performed.

Please discuss the specific risks of a metal on metal hip resurfacing with Dr. Boettner. Because of its bearing components there are some specific risks to this type of surgery:

Although potential benefits of opting for a hip resurfacing over a total hip replacement include: higher post-surgical activity levels and reduced dislocation rates, it has to be assumed that revision rates are higher at 20 years compared to standard total hip replacements. 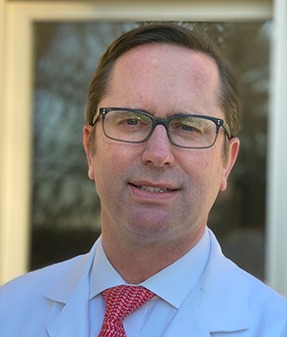